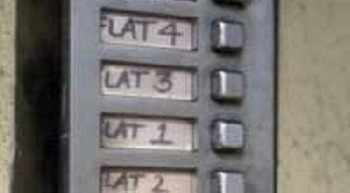 More than 90 per cent of flats inspected in a Dublin City Council crackdown on substandard private housing have been deemed unfit for habitation.

The targeted investigation of just under 1,500 flats found that almost 1,400 did not meet the minimum legal standards for private rented accommodation, with deficiencies including unsafe electrics, no private bathrooms, rooms without windows, damp, mould and inadequate heating.

The flats were selected as part of a €1 million three-year Intensified Inspection Programme funded by the Department of the Environment to identify and highlight slum conditions in the city’s private rented sector.

Figures for the first six months of the programme show that environmental health officers carried out 2,230 inspections on 1,499 properties. Of these properties, 1,384 did not meet the most basic standards.

Landlords have been served with 1,544 notices to improve their flats. Failure to do so will result in a ban on reletting the flats and legal action if the problems are not resolved.

Prior to the programme, council inspections of private rented housing were based on complaints from neighbours, local politicians and sometimes the tenants themselves.

The new inspection programme works on a more proactive basis, whereby an area is chosen and every rented flat or house is inspected.

The figures above relate to just three roads with particularly high proportions of flats and bedsits: Cabra Park in Dublin 7, Grove Park in Rathmines and the North Circular Road from the Phoenix Park to Aughrim Street, but the council will be extending inspections to a further 7,000 properties throughout the city.

Almost all of the flats are in “pre-63” properties – houses that were split into flats before 1963, when legislation made it illegal to convert a house without planning permission. As a result, relatively modestly sized Victorian terraced housing has been divided into seven or eight flats, which would not be allowed under modern planning regulations.

“These are areas with a high concentration of bedsits and small flats. Almost all of the units would have shared bathroom facilities,” the council’s principal environmental health officer, Colm Smyth, said.

Under the inspection programme, the property cannot be relet until it is brought up to standard, but existing tenants can remain in situ.