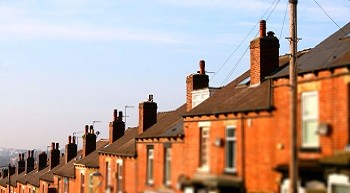 Pillar 5 of the Rebuilding Ireland initiative (launched by then Minister for Housing, Simon Coveney, in 2016), relates to the stated aim of utilising existing housing.

The aim of the Bringing Back Homes draft initiative was to “support and facilitate the reuse of older/ vacant buildings… for residential use” and “to increase the number of viable residential properties”.

The concept of the initiative bringing unused or underused properties back to full and sometimes changed use as new residential dwellings is not without merit.  In order to further inform the DHPLG’s work, submissions were invited from interested parties on key issues.

The draft manual circulated during the consultation phase of the proposed scheme claimed its aim was to “provide property owners, members of the public, Local Authorities and those involved in the construction industry with clear guidance on how current regulatory requirements apply to common, existing building types” and that it would provide “guidance on how best to facilitate the reuse of these building types”.  In doing so it set out the “main regulations” which would impact on the transformation of vacant buildings to new residential dwellings to include the planning system, Exempted Development Regulations, regulations affecting older buildings, building control system and the Fire Services Acts.

On review of the draft manual, Inspex, identified that the Housing (Standards for Rented Houses) Regulations 2017 were not specifically mentioned, despite clearly being a potentially significant and important element of these refurbishments. The draft manual made a brief reference to works which “may also require compliance with Building Regulations, Building Control Regulations or other regulatory codes and standards” but without specific reference to the minimum rental regulations included only as part of an Appendix at the back-end of the document.

Inspex made an official submission to the Department of Housing on 09/08/2018 highlighting that existing regulatory systems around new building, refurbishment works, and rental properties often create competing agendas.  To bring certainty to the task of achieving regulatory compliance within the PRS, the mention of ‘Rental Regulations’ as included could so easily be over-looked by readers.

Reintroducing new homes into “the liveable housing stock” and encouraging this by means of the Repair and Lease Scheme for example, specifically highlights the potential use of reused homes as rental properties. The most efficient and beneficial time, particularly from a landlord’s perspective, to ensure a rental property complies with the minimum standards is upon inception and prior to occupation, rather than retrospectively.  Retrospectively is costly and more difficult to achieve particularly with tenants already in situ.

Since its submission on 09/08/2018, the final Bringing Back Homes Manual for the reuse of existing buildings was officially launched in December 2018, with the welcome amendment of a prominently placed reference to the Housing (Standards for Rented Houses) 2017 (Page 10).