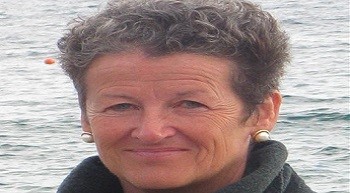 Claims by several members of the RIAI (Royal Institute of Architects in Ireland) that the proposed new building regulations are not in the best interests of the consumer or the building industry, were rejected by a spokesman for the Department of Environment, Heritage and Culture. Earlier this week he said 'The Department has spent over two years reviewing the system and preparing for the implementation of SI No. 80 of 2013 on March 1st of this year.'

The proposed regulations come in the echo of past construction catastrophes such as ‘Priory Hall’ and are designed to deter, if not eliminate altogether defective design and rogue-construction in Ireland. The proposed changes include the statutory registration of builders, mandatory latent defects insurance (LDI), appropriate independent inspection and/or auditing systems and, above all, State support for the system.

Taking into account the pre-existing planning, and health and safety regimes, the addition of the further layer of certification in the building process is viewed by some industry professionals as pointless. Their introduction apparently mean changes which will add to the multiplicity of approvals and certificates required to build and the numerous appointments necessary for all new building endeavours. These include: an architect, engineers, quantity surveyor, project supervisor design process, project supervisor construction stage, design certifier, assigned certifier.

Regarding the statutory registration of builders, Joan O’Connor says ‘A voluntary register of builders is ‘a nonsense’. Registration with teeth needs statutory backing and would take at least two years to develop. It necessitates the establishment of a registration board, standards and codes of practice, grievance procedures, codes of conduct and the like so that there is fair procedure in the event of a challenge to a builder’s registration.

Highlighting the vulnerability of the end user in relation to the proposed amendments to S.I. 80, Ms. O’Connor says ‘How is a consumer building a house, or indeed a small shop-owner carrying out some alterations supposed to know whether a builder is competent or not? What’s needed is a State-sponsored, self-funding, independent inspection system which is credible and authoritative.’

She says ‘Basically, the obligations of the main parties to a building contract with regard to building standards are simple; this is to design and to build in compliance with the Building Regulations. This encompasses everything including fire, thermal performance, disability access, structural stability, etc.’

Ms. O’Connor further suggests that there are means by which Government could control design and construction quality equivalent to the operations of the Revenue Commissioners. They rely on the use of licensed auditors as a means of discharging the State’s functions in the control and overseeing of their business.

Other RIAI members say that the implementation of the new regulations will result in house or apartment owners who discover flaws or faults in a building post-construction having to seek redress in the courts; a route is costly, time-consuming and carries no guarantee of satisfaction for the plaintiff.

She says ‘It would seem that the impact of the proposed Regulations on SMEs, the industry or the consumer was not properly assessed at any stage in the consultation process. Nor was a Regulatory Impact Assessment carried out in respect of the March 2013 wording of SI 80. Ms. O’Connor added ‘although a “light-touch” assessment was carried out in 2012, its conclusions are at best superficial, and at worst, suspect and potentially misleading.’

Those RIAI members who disagree with the proposed regulations say that Regulations also failed to heed the recommendations of significant reports such as those of the National Consumer Agency 2012, The Pyrite Panel 2012, and The Competition Authority 2012.

Commenting on the BReg Forum, Dublin architect Maoilíosa Reynolds says ‘unfortunately, the central role that the original poster refers to, is one to which intolerable liability will attach to under the current proposed wording. So the vacuum created when independent professionals shy away from the certifiers appointments due to increased insurance costs, will be colonised by vested interests.’

‘These include unregistered contractors and insurance limited companies, which will be in a position to fold shelf-companies after developments are completed to limit their exposure to consumer redress.’ Mr. Reynolds views the introduction of the new legislation as ‘A wasted opportunity to create a proper system of independently regulated building control in the country.’

Commenting on the consultation process prior to the introduction of S.I. 80, the spokesman for the Department says ‘This included a comprehensive public consultation process during which an unprecedented 503 detailed submissions were received. The RIAI, Society of Chartered Surveyors Ireland, Association of Consulting Engineers of Ireland, Engineers Ireland and the Construction Industry Federation have welcomed the new regulations and are actively supporting their implementation. He says ‘Minister Hogan remains firm in his determination to follow through on the proposed implementation date of 1 March 2013

Acknowledging the divergence of view within the RIAI on the proposed amendments, Joan O’Connor says ‘It is true that there has been a difference of opinion within the RIAI regarding S.I. 80 and its effectiveness, with the BReg Forum noting that it is as presented; unworkable, uninsurable and inadequate as a means of protecting the consumer and procuring better building.’