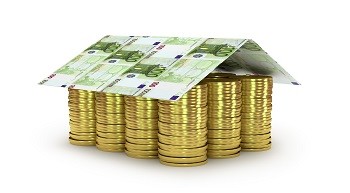 Capping rents is not the simple solution to Ireland's rental crisis, according to Housing Minister Simon Coveney.

Rent regulation can take various forms, including rent control (the placing of a cap on the rent) and rent stabilisation (setting limits on how much rent can be raised). Supporters argue that introducing controls helps ensure that those on low and middle incomes are not squeezed out of cities in which housing costs are rising.

There are two players in the market, said the minister – the tenant and the landlord. Some people focus on tenants but without landlords there are no properties for rent.

If landlords can’t charge market-level rents their properties may be converted to Airbnb rentals and taken out of the rental market altogether.  This can create acute shortages in rental housing and drive prices higher.

The recent rent freeze and proposed rent caps won't stop homelessness and will do little to reduce numbers on housing lists.  Continuous investment in the private rental market is required to ensure a supply of new properties come on stream.

The introduction of rent restrictions in areas where prices have risen significantly is seen in Government as a temporary measure. Government sources said the plan to cap rents is a stop-gap measures until housing supply catches up with demand.

The 4% ceiling on rent increases in Dublin and Cork, with other cities and commuter counties to follow will be introduced next year.

Simon Coveney, Housing Minister, said that landlords in designated areas can only increase rents by 4% per year over the next 3 years. Once this period lapses, annual rent review will continue to apply but the price cap will be lifted. While he calls the restriction plans "counter-intuitive", Mr. Coveney said such moves were absolutely necessary.