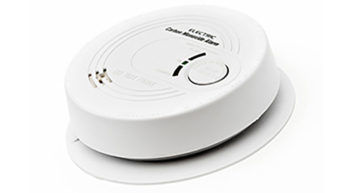 Gardaí are investigating the death of an elderly couple at their home on the outskirts of Kilkenny last Wednesday. It is understood they may have died of suspected carbon monoxide poisoning.

Carbon monoxide (CO) is hard to detect because it has no smell, taste or colour, meaning it is easy to inhale without realising.  The gas is produced when fuels such as gas, oil, coal and wood do not burn fully.  Exposure to CO can cause illness or death.

In recent years there has been a push to create awareness around CO, the dangers associated with it and the preventative measures that should be taken.  A public safety initiative ‘Carbon Monoxide Awareness Week’ organised by the Commission for Energy Regulation (CER) and supported by public bodies and organisations involved in the energy sector stresses the importance of regular maintenance and servicing of fuel burning appliances to raise awareness of the potential dangers and eliminate unnecessary risks and save lives.

According to HSE, approx. 40 people in Ireland die each year from accidental CO poisoning.  Further NSAI research shows that over half of Irish households (55%) don’t have a CO alarm while almost 65% of people admitted they could do more to protect themselves from CO poisoning.   Although there is a relatively high level of awareness of the importance of regular maintenance and servicing of fuel burning appliances, one in five admitted it had been 2 years or more since they have last had their boiler serviced, while one in ten households admitted to not knowing when their boiler was serviced last.

The Housing (Standards for Rented Houses) Regulations 2017 Regulation 6(6) requires that ‘each house shall contain, where necessary, suitably located devices for the detection and alarm of carbon monoxide’.

With the benefit of PRS inspection experience, Inspex can confirm that Local Authorities interpret Regulation 6(6) to mean that CO alarms should be provided in accordance with TGD J5.  This means that the CO alarm should be installed as per the manufacturer’s instructions, in working order and within its ‘end of life’ indicator.  Additionally, CO alarms should:

Greater awareness is needed amongst landlords and tenants along with an increase in the maintenance and servicing of appliances and use of carbon monoxide alarms if a reduction in the number of accidental deaths from CO poisoning is ever to be achieved.

The Regulations are in place to protect tenants in rented properties from the harmful effects of CO.