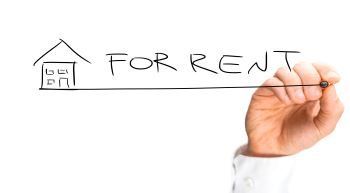 By 2040 Ireland’s population is expected to reach almost 6 million with a need for 550,000 more homes and 660,000 additional jobs. The need to provide in excess of half-a-million more homes over the period to 2040 corresponds to the long-term trend of 25,000 new homes every year.

The collapse of the Irish property market in 2008 led to significant difficulties in the residential rental sector. Landlords who had paid significant prices for properties were either unable or unwilling to invest further in their rental properties to stay in line with minimum standards.

At the same time, Ireland’s property crash and government policy resulted in cash-rich international investors taking the opportunity to invest in Irish property, paving the way for a new wave of larger scale institutional landlords in the Private Rented Sector (PRS). These overseas investors saw the opportunity to capitalise on future gains and were instrumental in the advent of Build-To-Rent (BTR) schemes – Irish Life Investment Managers (ILIM) reportedly paid over €100 million for 262 units in Fernbank in 2018.

Institutional investors can avail of tax incentives on property investments through fund structures such as Qualifying Investor Funds (QIFs) and Irish Collective Asset Management Vehicles (ICAVs). KPMG’s Jim Clery indicates that despite the tax benefits of such funds for large investors, the cost of administering them requires a minimum investment of approximately €25 million to justify the outlays which he suggests is beyond smaller, domestic investors.

Knight Frank describes the Dublin residential market as “a unique opportunity for investors” and although delivery of new stock increased in 2017 to just over 6,000 units according to figures from the Department of Housing, that figure is below the 11,000 units required annually in the capital according to this agent’s in-house research, the majority of which should be for rent.

With the prospect of lucrative gains, why is Ireland’s PRS stock lagging and why are individual Irish landlords despondent?

Where there is outstanding debt on a rental property held by a small-scale landlord, soaring rents are often insufficient in helping to offset the cost of loan repayments. Budget 2019 reintroduced 100% mortgage interest relief for landlords on rental properties but according to financial experts, with all other costs considered (income tax on rental payments, USC, property tax, etc.) this tax relief will make little or no impact for landlords. Tax benefits associated with investing in property through a pension fund could help to incentivise small-scale landlords to invest. However, guidelines around the use of pension funds for property investment and perpetual uncertainty around taxation and regulations remain a constant threat to investment stability.

Given the continued growth of PRS stock and the policy of linking inspection funding to inspection performance, it is likely that inspection activity should increase into the future. Available statistics from the RTB and Department of Housing indicate that only 4.8% of registered rental properties were inspected in 2017, despite a target of 10% for that year, far behind NOAC’s recommendation to ensure all rental dwellings would be inspected every five years.

The evolution of Ireland’s PRS is indisputable. Continuing its successful growth trajectory depends on supply and quality of output as well as preservation of existing stock, neither of which can be achieved without confidence and buy-in from the nation’s landlords.