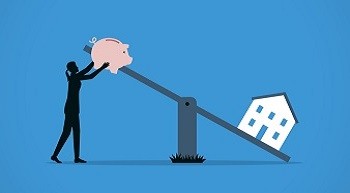 “Throughout the 19th Century in Ireland, landownership was the preserve of a privileged minority” (Estate Ownership).  With the average Irish person priced out of the property market and conceding to life as a ‘Forever Renter’, has the market come full circle?

During 18th Century,  leases in Ireland were often held for 99 years or more. By the beginning of 19th Century leasing norms were changing; leases tended to be for shorter periods of one life or 21 to 31 years. In some cases, tenants held their lease from year to year with the law presuming continuation of the lease unless surrendered by the tenant. If a landlord wanted to change a tenancy, he could only do so by litigation and could not evict a tenant without giving 6 months’ notice to quit (Estate Ownership).  So, while historically Irish tenants were similarly subject to a lifetime of renting, the key difference is that tenants-past had the benefit of longevity on their side.

With the increasing age profile of renters in Ireland, coupled with soaring property prices, latest data shows that home ownership is at its lowest level since 1971 (Independent).

In parallel to rising house prices, Central Bank lending rules impose loan to income (LTI) and loan to value (LTV) restrictions on prospective buyers.  First time buyers are required to have a deposit of 10% of the property value up to €220,000 with a 20% requirement on the balance above €220,000.  Anybody who has previously owned a home must have a deposit of 20% of the full value of the property.  All buyers are restricted to a mortgage of 3.5 times gross annual income.

With rental prices also increasing (Daft) the difficulty for people living in rented accommodation is to save the required 10-20% deposit required to obtain a mortgage.  This creates a cycle where people are paying rents higher than mortgage repayments for equivalent accommodation and cannot afford to accumulate enough savings to meet mortgage lending requirements.

Professor Tony Fahey from UCD School of Social Policy has suggested that the next generation “may be the first generation since the mid-20th Century, unless things change, that will be entering middle age with possibly a majority in private renting” (Irish Times).  An increase in the needs of social housing tenants follows a similar rise in the overall quantum of tenants in the PRS, translating into a greater national need for the Irish government to provide social housing supports.  Albeit that social housing tenants are increasingly being accommodated in the PRS, the government must, in tandem with its financial supports, continue its support of inspection schemes and targets for Local Authorities.

Irrespective of the factors influencing some tenants remaining in the PRS, it is imperative for both security of tenure and accommodation standards to be prioritised to protect and uphold basic living conditions. Landlords must engage with legislation and regulations already in place for these purposes, while allowing Local Authorities to continue to work towards the inspection targets set to assist in ensuring compliance in the sector.  The status of ‘Forever Renter’ need not have negative connotations if the guidelines and standards within the sector can be protected to ensure safe, comfortable and lengthy enjoyment for tenants and stability of investment for landlords.