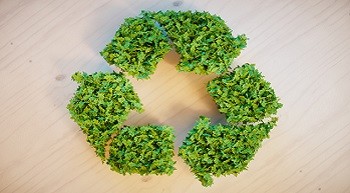 The recycling strategy for plastic packaging published in September 2018 by Repak asserted that Ireland needed to increase its plastic recycling by 80% to reach EU targets set for 2030.

Inspex is committed to playing its part as a small, local business to support and promote best practice in waste management and recycling, in how it facilitates its employees and the business overall to effectively reduce and recycle as much of its waste as possible.

Inspex has eliminated its usage of single-use plastics, such as plastic water cups, and is increasing its in-office recycling facilities for staff, ensuring ease of recycling for all with three new segregated waste depositories now located in the office.

Fostering a shared mindset amongst employees and setting common goals throughout its local commercial community is key to achieving the company’s targets for environmental sustainability and responsibility.

Being a pioneer and petitioning for the introduction of brown bin (composting) amenities, adding to the existing provision of general waste and green bin (recycling) services already provided at the company’s offices in South County Dublin, was a vital step.

Alongside facilitating its own operational recycling and, more recently, composting goals, it also aims to spread the message with neighbouring, local businesses that these recycling and composting facilities are now available and ready to be used. Inspex aims to realise its goal to minimise the quantum of general waste it generates and to encourage its business neighbours to be cognisant of this and, ultimately, to do the same.

Understanding the impact that running a business can have on the natural environment is critical to adjusting and aligning the core business strategy to broader national goals regarding recycling, as well as conscious waste reduction and responsible management.

Ireland’s overall rate of plastic recycling was 36 per cent in September 2018 which is already ahead of the EU target of 22.5 per cent. However, one in every five tonnes of plastics still ends up in Irish landfills and 25 per cent of all content in green bins is not actually recyclable which could hinder Ireland’s recycling progress and successes going forward if this is not corrected, according to the CEO of Repak.

Making small changes at a local level will help in achieving Ireland’s national targets only if more businesses and individuals join in making a change for the good.