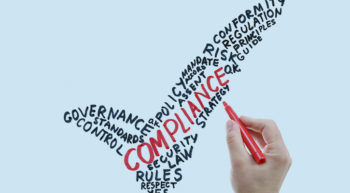 In spite of housing being a well-documented human right, in reality, this right is often simply a goal.  Human rights are the basic rights and freedoms that belong to everyone. Human rights set out in law are found in international (mainly United Nations), regional (European) treaties, or in national constitutions and national legislation.

In spite of housing being a well-documented human right in international law, the United Nations estimates that worldwide there are over 100 million homeless people and over 1 billion inadequately housed.  Considering the number of people who lack a home or live in inadequate housing globally, it seems unlikely that the international community would agree to declare housing a “right” especially on such a broad scale.  In reality, this right is often simply considered a goal.

There is no express right to housing in Irish law.

Adequate housing, however, is recognised as part of the right to an adequate standard of living in the 1948 Universal Declaration of Human Rights and in the 1966 International Covenant on Economic, Social and Cultural Rights. The right to adequate housing does not require the State to build housing for its entire population but rather includes rental accommodation, cooperative housing, lease, owner-occupation, emergency housing or informal settlements. The right to adequate housing in Ireland is evidenced in the evolving legislation and social measures that under-pin our housing market.

Driven by the requirement to achieve fiscal consolidation during the economic crisis, 2009 saw the beginning of major reductions in the allocation of Exchequer capital investment for the construction of social housing and a switch from capital investment to current expenditure.

As local authorities pull back from the construction of housing for rent, they engage with both housing associations and the private rented sector (PRS) for the delivery and management of housing needs (‘Renting in Ireland The Social, Voluntary and Private Sectors’ edited by Dr. Lorcan Sirr). (See Table 1)

Total public expenditure on housing in 2018 is €2.08 billion and is just 4% (or under €100 million) below the previous peak level of expenditure in 2008.  Current expenditure supported schemes, specifically those that draw on existing and available properties in the private market, provide a level of flexibility and effectiveness in addressing social housing need.

The expanded role of the PRS in meeting the needs of lower-income households has indirectly contributed to growing concerns regarding the standard of accommodation provided in the PRS and the need to ensure that minimum standards are being met.  Regulations relating to the standard and quality of housing seek to ensure that dwellings do not impinge on the health and safety of tenants; that the accommodation is fit for purpose and that all facilities are in working order.

Responsibility for the enforcement of the regulations rests with the relevant local authority supported by a stream of funding provided from a portion of the proceeds of tenancy registration fees collected by the Residential Tenancies Board.

The Government’s housing strategy sees an increase in the financial resources allocated to standard inspections and enforcement functions and has set an inspection target of 25% of all rental properties by 2021 and annually thereafter.