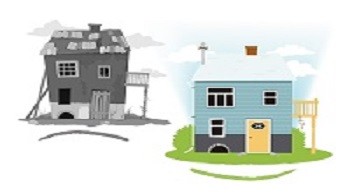 Ireland has a housing crisis with a serious lack of suitable housing available today. Due to have another 750,000 extra people to cater for in the next 10 years the conference aims to explore the Action Plan for Housing and how it plans to resolve the current housing crisis.

The primary role of the Approved Housing Bodies (AHB's) is to assist the Local Authorities to meet the social housing need. But figures from the Department of Housing show that local authorities built just 75 social housing units during the whole of 2015.  Over the course of the same year, housing associations built 201 social housing units. The combined total makes 2015 the worst year for social housing construction in Ireland since 1970.

The lack of new social housing supply has impacted on the private rented sector (PRS) with its own limited supply of properties and unaffordability of accommodation.  By end of 2016 figures show 33,819 private rented dwellings in receipt of state housing support and just 27,904 privately rented properties without state support.

Some in the sector describe the current housing market as 'dysfunctional'.

The Social Housing Summit 2017 aims to explore the Action Plan for Housing, how it plans to resolve the current housing crisis and what plans are in place to produce the 47,000 units needed.