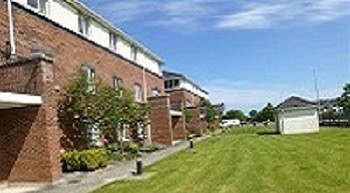 State intervention and regulation of dwelling standards are not new.  Our current tenant protection laws are significant just not as onerous as other European countries. The regulations should be left alone; enforcement is the key to their success.

Like most western European countries the government first intervened in housing provision in Ireland in the late 19th Century (Pooley, 1992).  At this time Ireland was still part of the United Kingdom so the measures of rent control and security of tenure passed by the British Parliament during World War 1 persisted into the post war period.  The Common Lodging Houses Act 1851 requiring the licensing and inspection of common lodging houses established the principle of state regulation of dwelling standards.

The Rent Restrictions Act 1960 lasted until challenged in 1980's in the Supreme Court.  In Blake v. The Attorney General (1982), the Supreme Court held that Parts II and IV of the Rent Restrictions Act 1960-1967 were unconstitutional in that they amounted to an unjust attack on landlords' property rights.  The legislation, the Supreme Court complained, provided no compensation for landlords subject to rent control and disregarded the financial capacity of the members of the groups.  Five months later, the Housing (Private Rented Dwellings) Bill was passed.

Today the Residential Tenancies Act 2004 that governs the private rental sector specifies the minimum obligations applying to both landlords and tenants, provides for the PRTB, contains provisions relating to rent setting and reviews, sets out the procedures for the termination of tenancies and introduces security of tenure for tenants.

Parties to a rental contract are free to agree the rent but the rent cannot be charged above the market rent.  Rent may be reviewed (upward or downward) once a year only.

With the tectonic shift in the State's social housing provision the demands on the private rental sector and landlords have increased substantially in recent years.

The private rented sector in Ireland comprises a large number of small scale landlords - 156,643 landlords have 300,543 tenancies registered with the PRTB.

In the same poll over 50% of tenants believe that the lack of supply is the key issue driving up rents.

If the lack of supply is driving up rents then consideration should be given to the effect that the private equity firms buying up loan portfolios from all the major loan holders - NAMA, IBRC, RBS and Lloyds bank - is having on the sector.  The bigger the portfolio the greater the effect a rent increase will have across the sector.

Licensing and inspection of rental properties has been around since 1851.  Under current regulations the PRTB makes a contribution towards an inspection of a rental property from the landlord's registration fee.  Clearly there is merit in the idea that prior to any lease being agreed between parties, an independent standardised inspection be carried out.

The technology is available to ensure that an independent inspection could