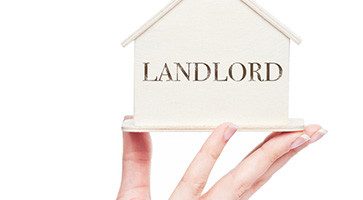 The Government's Housing Policy Statement 2011 articulated its vision for the private rented sector.  While home ownership may continue to be the tenure of choice for the majority of the population, the policy statement recognised that a balanced housing system needs a strong and well-regulated rented sector.

Housing standards have evolved over time in line with changes in economic growth and general standards of living. Regulations relating to the standard and quality of housing generally seek to ensure that dwellings do not impinge on the health and safety of tenants; that the accomodation is fit for purpose and that all facilities are in working order. It can be argued that regulations protect both landlords and tenants.

Responsibility for the enforcement of the regulations rests with the relevant local authority supported by a stream of funding provided from a portion of the proceeds of tenancy registration fees collected by the Residential Tenancies Board.

A recent Report by the National Oversight and Audit Commission identified that currently there are low rates of inspection carried out by Local Authorities, few enforcement processes and low rates of compliance. This however is changing.

The Government's Action Plan increased the resources allocated to standard inspections and enforcement functions and has set a target of inspecting 25% of all rental properties by 2021 and annually thereafter.

Every landlord is obliged to ensure that rental properties comply with the relevant legislation including that which is set out in the Housing Acts 1966 - 2014 (as Amended), the Fire Services Acts 1981 & 2003 and Housing (Standards for Rented Houses) Regulations 2017.

Under Section 18 of the Housing (Miscellaneous Provisions) Act 1992 a person authorised by a housing authority may inspect a house to which regulations under this section apply. So, with ambitious inspection targets set for 2021, Local Authorities are outsourcing their inspection needs to the Inspex team.

Inspex is an indigenous company that has invested and developed unique mobile technology to deliver a standardised approach to PRS inspections and compliance reporting. Currently Inspex partners with several Local Authorities around the country.

Through the Inspex inspection and follow-up inspection process it is determined whether properties meet the standards for rental accommodation.

Where properties do not comply, and landlords are uncooperative, prohibition notices and legal proceedings can be utilised by the revelant local authority.

Housing (Miscellaneous Provisions) Act 1992 as amended by the Housing (Miscellaneous Provisions) Act 2009 Section 34(1) states that any person failing to comply with an improvement notice or re-lets a property in breach of a prohibition notice, can be found guilty of an offence and on summary conviction be subject to a fine of up to €5,000 or imprisonment for a term not exceeding 6 months or both. Additionally, where a person is convicted of an offence under the Act, the court can order the person to pay to the local authority costs and expenses.

On a more positive note, from experience, Inspex has determined that the majority of both private and professional landlords are co-operative and willing to keep the rental housing stock in good shape provided they understand what is expected of them.