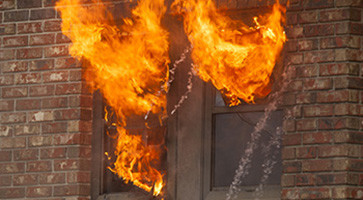 The Housing (Standards for Rented Houses) Regulations 2017 provide guidance on the delivery of fire safety measures in private rented dwellings.  Under Regulation 10 (Fire Safety) it is provisioned that ‘each self-contained house in a multi-unit building shall contain an emergency evacuation plan’.

A sample of properties inspected by Inspex in the last 3 months shows that 96.21% of apartments in a multi-unit development (MUD) were in direct contravention of Section 10(3) of Housing (Standards for Rented Houses) 2017 at the first inspection stage and just over 59.1% remained in contravention of the same regulation at the second, follow-up inspection stage.

The responsibility in respect of fire safety in rented dwellings was not conferred on to landlords until the introduction of the Housing Regulations (2008), despite the first iteration of these Regulations being in effect since 1993.

A small number of those remaining in contravention could be considered as purposely contravening Regulation 10(3) but for the majority, Inspex research shows that landlords are genuinely confused as to what their obligations are and how to bring a residential unit in a multi-unit development in line with the Regulations.

Landlords must be familiar with their obligations under Fire Services Act 1981 that refer to the “person having control” of premises in terms of fire safety, to ensure safeguards are in place and safety measures followed to protect those occupying and enjoying use of the premises.

Similarly, Section 18 of the Housing (Miscellaneous Provisions) Act 1992 includes ‘standards for rented houses’ and the areas for which a landlord may be held accountable as provisioned by the Department’s office (1993 Regulations for rental properties duly followed).

The process of ensuring ‘fire safety’ in buildings is governed by the Building Regulations 1997.  TGD Part B refers to fire safety vis-à-vis the fabric and layout of a new building while a Fire Safety Certificate is the certificate issued by the Building Control Authority.  These Certificates state that the works or building to which an application relates will, if constructed in accordance with the plans and specifications submitted, comply with the requirements of Part B of the Second Schedule to the Building Regulations 1997.

Once the fire safety certificate is issued, and the building is completed, a developer, as per the Multi Unit Development Act 2011, must ensure that an ‘owners’ management company’ (OMC) is set up to which all common areas of the building must be transferred before the sale of any of the individual units.  As the OMC is only responsible for the common areas of a building, emergency evacuation plans for individual residential units do not form part of the process at this stage.

Some or all of the units may then be sold by a developer to a new landlord(s), at which point the Housing (Standards for Rented Houses) Regulations 2017 take effect.  These regulations place the responsibility on landlords to provide for an Emergency Evacuation Plan in an apartment in a multi-unit development.

With the benefit of PRS inspection experience, Local Authorities interpret Regulation 10(3) to mean that an Emergency Evacuation Plan should be provided and permanently located inside the front door to each apartment. The Evacuation Plan should have a floor plan showing exits and location of fire equipment, the exact address of the apartment, relevant contact phone numbers, and the actions to be taken in the event of an emergency.  Although not the responsibility of the OMC, this information should be readily available from the OMC Common Area Evacuation Plans and Procedures.

National Government appears to have made some progress with the urgent need to increase the rate and improve the quality of private rented sector (PRS) inspections.  The Government's commitment to set aside separate funding from 2018 onwards for inspection and compliance ‘activity’ in the PRS is a welcome development.

According to the Fire Safety in Ireland – Report of the Fire Safety Task Force 2018, the Residential Tenancies Board (RTB) confirmed it had notified all registered landlords in the aftermath of the Grenfell disaster to highlight the standards set out in the 2017 Regulations, with further information being provided on the RTB website.

Despite legislative, regulatory and practical efforts by the legislature, the Department of Housing and the RTB respectively, complying with Regulation 10(3) remains an area of confusion and concern amongst landlords.  The confusion on the part of property owners coupled with persistently high rates of properties contravening the standards, it seems that not enough has been done yet to sufficiently highlight to landlords what their responsibilities are.