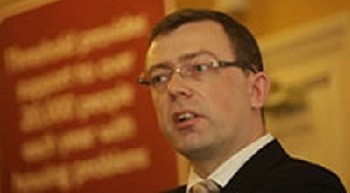 National housing charity Threshold has called on the government to introduce 'NCT-style inspections for housing’ to force landlords to improve sub-standard housing.

Dublin City Council’s recent “bedsit blitz” inspected 1,500 flats and found that 90% are not fit to live in.

The North Circular Road was a particular black spot.

CEO of Threshold Bob Jordan welcomed the report, but said that action is now needed.

“What really needs to happen now at this stage is that these landlords need to be held to account for these properties and bring them up to standard,” he said.

“Threshold would say that given the number of sub-standard properties around, that with the best will in the world Dublin City Council won’t get around to inspect them all, an we’re calling for the Minister for Housing to introduce what we call ‘an NCT for housing’.”

See the original Article on myhome.ie