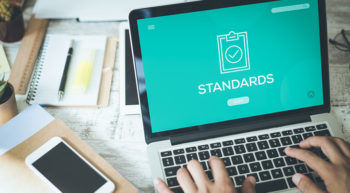 There is a longstanding adage in Ireland that for investment there is nothing "as safe as houses". Traditionally, the understanding and most common perception was that houses were, in effect, a completely safe bet.

Statistics tracking the change in Ireland’s national population in comparison to the change in the housing stock up to 2016 seem to lend some weight to recent, anecdotal claims of a disparity between the quantity of accommodation and the corresponding demand from accommodation seekers in recent years. Between 2011 and 2016, the national population grew by 3.8% while the housing stock increased by only 0.4% during the same period (CSO). In addition, there has been an outpouring from mainstream media and social media commentary regarding the so-called “housing crisis”, with local and national government officials, opposition parties, and members of the public all weighing in on this contentious topic, with the Taoiseach describing the housing situation in front of an Oireachtas Finance Committee as “extremely disturbing” (Irish Times).

With the government under intense pressure to curb the rising trend in homelessness and ‘emergency accommodation’ provision; government agencies focussed on protecting the rights of tenants facing possible rent increases and eviction notices; and tenants scrambling to secure and/or retain the roof over their heads, the recently rolled-out Housing Regulations 2017 face the possibility of being forgotten in the midst of the scramble to ease public tensions and increase the pipeline of supply.

Purpose Built Student Accommodation (PBSA), a sub-sector of the market has become of interest to investors and developers of late, where the risk/return ratio often is like the general residential market and often with the added benefit of higher yields achievable in PBSA (CBRE) .  This leaves students embroiled in a frantic, and often fruitless, attempt to find accommodation close to their chosen third level institution, at an affordable price, and of acceptable quality. Such has been the desperation of the student masses to secure adequate accommodation in recent years, that the Union of Students of Ireland (USI) this year released a guide to student accommodation and finances, in partnership with the Residential Tenancies Board (RTB), to assist students in their search.

Student-accommodation may be perceived as a niche within the PRS market but, regardless of the demographic of the tenant in any private rental property, the standards do apply, and every tenant is entitled to live in a comfortable and safe home. Particularly with homeownership rates on the decline, falling from 69.7% to 67.6% in the five-year period to 2016, while there was a corresponding 4.7% increase in the number of rented households making renting the tenure choice of almost 30% of all occupied dwellings nationally (CSO). Based on these trends, it is imperative that rental accommodation in Ireland is maintained in accordance with the standards prescribed by the Department of Housing Planning and Local Government (DHELG), to safeguard the growing rental sector for future generations of private renters to come.

The National Standards Authority of Ireland (NSAI) has also stepped into the breach actively promoting the importance of upholding existing standards and ensuring compliance with PRS regulations, with a special emphasis on the student cohort (NSAI).  Inspex welcomes this as a positive step towards improving awareness of the Standards and moving towards improving compliance rates.

Being cognisant of the challenges, Inspex continues to monitor the PRS market while remaining steadfast to its ideology of independent verification of standards.

Its ongoing support in this space educates landlords and tenants as to their responsibilities and supports Local Authorities in achieving the Government inspection targets for 2021 and beyond.

The Inspex approach can ensure that more rental properties meet and comply with the rental regulation standards.