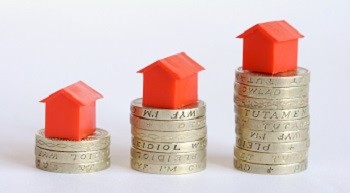 Fears that some landlords would push up rents as quickly as possible once Government introduced new regulations on rent certainty have not materialised.

Rents in November suggest landlords did not react to increase rents ahead of the new regulations as was being predicted.

Ronan Lyons, assistant professor Department of Economics TCD, said an analysis of 2,500 sample rental properties showed rents in Dublin increased on average by 1.3% and 0.1% outside the city.  In other words not statistically significant.

A separate analysis of several hundred properties showed, in the 10-day period after word of the rent certainty proposals, there had been an average rent increase of just 1.4%.

Professor Lyons said while there were approx. 5,500 properties available for rent in November 2014, the comparable figure last month was 6,500.  In other words there is a 10% to 15% reduction in the supply coming on to the market.

Co-Operative Housing Ireland's 'Housing Sentiment Survey' outlines the scale of the housing crisis and suggests that 32% of tenants nationally and almost 50% of those in Dublin are fearful of losing their homes. The survey shows one third of tenants spend in excess of 40% of net income on rent and that 25% of all house moves are due to high rents.

With the shortcomings in public sector housing provision over the past decade, it appears as if the private rented sector and it's landlords are expected to fill the gap and satisfy social housing requirements.

Enforcing regulations is key to ensuring landlords and tenants fully understand their obligations.  Research has shown that the majority of landlords ensure their properties meet accommodation standards when they know what standards the properties are expected to meet.

Despite the pressure on housing provision, market conditions should not be viewed as an opportunity to ignore existing regulations in the rented sector.

Compliance can be achieved thorough standardised inspection regimes across the public housing sector.