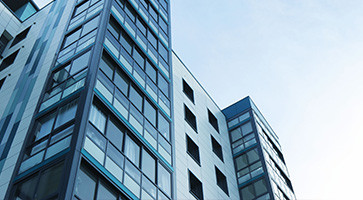 The private rented sector has not caught up with its new role as a long-term housing provider - that's the message we hear time and time again.....

As a result of the property crash 'Accidental Landlords' have become an increasing phenomenon in the Irish property landscape.

According to DKM Economic Consultants a recent RED C survey of landlords shows that 65% of landlords own just one property. Just over 70% of landlords indicate that they have an outstanding debt on the rental property and for 71% the rental income does not cover the mortgage or loan repayments.  Over 31% of respondents intend to sell their properties as soon as they can.

A recent Housing Conference held in the Royal Irish Academy in central Dublin heard Senator Hayden say "there are chronic failings in the sector that need to be addressed before anyone living in rented accommodation can really consider it to be a long-term home".

Separately, the SVP reports that access to the private rented sector is decreasing for the low income households.  "Some landlords are reluctant to participate in HAP as they see no advantage to entering into a long term lease and not being free to take advantage of projected high rent increases".

Currently there are over 90,000 households in need of social housing in Ireland with this number set to increase over the coming years.  So whose problem is this to solve?

Social Housing 2020 has ambitious targets to be achieved by end of 2020. These include providing 35,000 social housing units through new build, leasing, ownership transfer, re-letting local authority voids and supporting up to 75,000 households on local authority waiting lists living in the private rented sector through the Housing Assistance Payment (HAP) and Rental Accommodation Scheme (RAS). (Source:Social Housing at the Crossroads; Possibilities for Investment, Provision and Cost Rental June 2014)

According to SVP "Delivery targets for 2015 are already at risk of not being met".

With shortcomings in public sector housing provision, it appears as if the private rented sector, not yet ready for its new role, is expected to fill the gap.

Speaking about a recent draft report from Dublin City Council and RIAI that outlines 85% of Dublin flats fail to meet basic standards, Dublin City Councillor Mannix Flynn calls for tighter regulations and inspections with standards to be imposed on rental accommodation around the city.

Given what has transpired over the past decade, it may well be that some buy-to-let investors are not fully informed in regard to their knowledge of the property market or tenancy law when entering the residential investment market.

Enforcement of existing regulations in the rented sector is key to ensuring landlords fully understand their obligations.

Up to April 2014, just over 4,700 dwellings had been inspected of which the vast majority (93%) were non-compliant in some way with the Standards.  Enforcement notices were served and follow-up inspections undertaken by which time 60% of the non-compliant properties had achieved compliance.

In other words, the majority of landlords will ensure their properties meet standards when they know what standards the properties are expected to meet.  Compliance can be achieved with thorough inspection regimes.