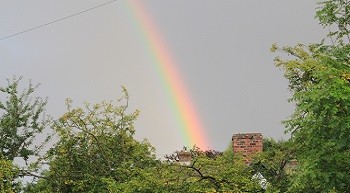 Ireland’s Private Rented Sector (PRS) has evolved considerably in recent years, particularly with the advent of institutional investment in residential property. A report by the Department of Finance has attributed this evolution to a structural change in the market, including financial and construction restraints, societal changes, such as urbanisation, and changing tenure, with a perception that continued institutional investment represents an opportunity to professionalise the sector.

Ireland’s homeownership rate peaked at 80 per cent in 1991 but by 2016 this rate had fallen to just 67.6 per cent. Renting is on the rise, corresponding with a noted rise in “the role played by companies such as pension funds, specialist private rental firms and Real Estate Investment Trusts (REITs)” in the PRS, according to the Department of Finance.

The Department’s report notes that the quantum of individual landlords owning just one rental property represented the largest group of all landlords (121,481, or 70 per cent), while only 64 landlords own more than 100 properties each (less than 0.5 per cent of total number of landlords).

With suggestions that many small, individual landlords are now exiting the market, what is it that drives them away from the once popular and lucrative business of property investment?

The tax and regulatory frameworks of the residential rental market have been cited as two of the biggest disincentivising factors for landlords in the sector, while institutional investors generally have the benefit of economies of scale and stronger equity on their side.

For landlords with ‘one-off’ investment properties it can prove difficult to achieve the desired return in the short-term when debt payments (capital repayments plus interest), service charges, maintenance, insurance, RTB registration fees and agency management fees are all considered. Even with market rents increasing steadily in recent years (in Q4-2018 national rents rose to 31 per cent higher than their 2008 peak), this rental income is not enough to offset the investor’s expenses.

Individual landlords, eager to enter the market as first-time investors, face exorbitant property prices (the national residential property price index was 107.4 at the end of 2018). Strict lending rules imposed by the Central Bank of Ireland (CBI), post-property crash, limit Buy-to-Let (BTL) investors to a maximum mortgage Loan-to-Value (LTV) ratio of 70 per cent and loan terms of no more than 25 years.

Large, institutional investors can reduce the tax liability of much of their income and profit and do by benefiting from tax efficient investment vehicles such as REITs, etc., where individual investors often see rental income and sales profit diminished by income tax and Capital Gains Tax (CGT) respectively.  By virtue of the much smaller scale of individual landlords’ investments they are precluded from availing of the tax advantages of property investment vehicles which are more amenable to the institutional landlords. It is supposed that institutional investors are mostly replacing traditional buy-to-let (BTL) investors, rather than first-time buyers.

Comparing the risks involved in residential property investment with an alternative option, a private pension or a 10-year government bond for example, yields vary, with higher returns usually congruent with higher risk investments, such as property. Over its lifetime, property is considered a higher-yielding investment class with the additional benefit of owning a bankable asset at the end of the loan term (assuming the investor has opted to repay capital plus interest rather than interest only) though it represents a greater risk to the investor overall.

The Department of Finance suggests that although “institutional investors are not yet adversely impacting on the function of the residential rental market”, this could become a concern in the future if the current trend continues.

Individual investors must evaluate their options and determine if they can generate a positive rate of return from their investment property in the short to medium term where the rental income can sufficiently service the property expenses. Where investors find that rental income is falling short, a long-term play must be considered where the true return on the investment is not realised until the asset is sold.

While some individuals may consider a break-even scenario in the short-term a worthy concession to the benefit of owning what presumably will be an appreciated fixed asset at the end of the term, for some investors this is not a financially viable option. However, this scenario depends on whether the property investment has been leveraged with debt or purchased entirely with cash.

Besides the ongoing financial burden of owning, managing and letting a PRS property and the administrative hassles that can arise during that process, many investors are simply opting out.