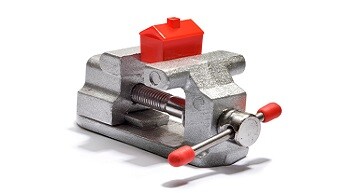 It was announced last week by the Táiniste Simon Coveney that Ireland’s Rent Pressure Zones (RPZs), first introduced at the end of 2016 by Coveney in his then position as Minister for Housing, would be here to stay, at least until 2021.

RPZs were enacted under the Planning and Development (Housing) and Residential Tenancies Act 2016 (the “2016” Act) intended to control the rise in rents in parts of the country where rents are highest and rising.

Speculation about the future of RPZs had been widespread in recent weeks and months as their initial lifecycle began to draw near. People began to wonder if the now common practice of rent increases at the point of a rent review not being permitted to surpass 4% in designated RPZs would soon end, with a return to unbridled market rent increases at each rent review.

The RTB have commented in recent months on the positive effects the RPZ restrictions have had in the rental market. They have partly credited RPZs with the recent  slowdown in the rate of rental inflation, as the increase in rents for existing tenancies compared to new tenancies were considerably lower in the third quarter of last year (5.4 per cent and 8.0 per cent respectively, year-on-year).

Still, it is worth noting that the RPZ rules cap rent increases at 4 per cent every two years (for tenancies which began before the end of December 2016), indicating that a deeper analysis of factors contributing to and locations in which these increases occurred may be required.

In some areas with high concentrations build-to-rent investment, entire blocks of apartments funded by institutional investors are the driving force behind significant increases in the cost of renting new apartments in Dublin. The perceived growth in pricing power of some large landlords in addition to the fact that RPZ rules only apply 12 months from the date the market rent is set means that in some cases the effects of RPZs can be diminished.

Despite these and other perceived deeper-rooted issues in the private rental market and persistent calls from some market commentators and campaigners for further policy measures to be implemented by government to alleviate market pressures, the continuation of the RPZ measures has been welcomed by many.

In conjunction with the extension of their period of operation, the Táiniste also announced the inclusion of two new RPZs – Navan (Co. Meath) and Limerick City East.