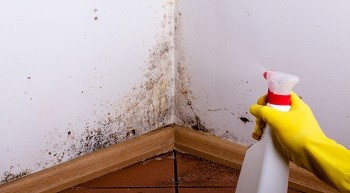 Today the Irish Examiner reports that when the Dublin Tenants Association ran its #rentripoff campaign on social media last month, it sought to highlight exorbitant rents and unjustified increases.  But the campaign also brought to the fore some poor conditions in which renters are living.  Its published figures suggest that 16 of the 31 local authorities provided figures that show hardly any tenants are using the formal complaints system.

Nationally, about 305,000 households (19%) are renting from a private landlord, Galway (40%), Dublin (34%) and Cork (29%).  A high proportion of households in the rental sector, approximately 102,000, are in receipt of rent supplement and other housing payments (Source: Ireland's Rental Sector: Pathways to Secure Occupancy and Affordable Supply).

Like most western European countries, the government first intervened in housing provision in Ireland in the late 19th Century (Pooley, 1992).  The Common Lodging houses Act 1851, required the licensing and inspection of common lodging houses and this was followed by a series of acts which empowered (but did not require) local government to inspect private rented dwellings.  Where necessary, local government could direct landlords to repair or demolish unfit properties (Source: Norris, M. Dr., 'Policy Drivers of the Retreat and Revival of Private Renting.')

More recent regulations in the private rented sector were introduced to change the behaviour of  landlords and/or tenants.  All landlords have a legal obligation to ensure their rented properties comply with these regulations and Local Authorities are responsible for the enforcement of the regulations.  Inspections by local authorities to enforce statutory minimum standards on private rented accommodation vary widely.

Even more could be achieved if either;

Inspex has the technology to deliver on both pace and quality as well as the idea that an Inspection Certificate showing compliance with minimum standards be issued.