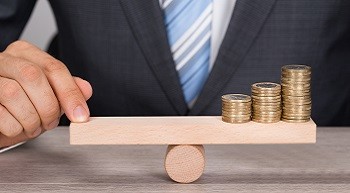 Government policy to address the housing crisis is over-reliance on the private rental sector and the shift away from building new social housing has contributed to the social housing and homelessness crisis according to a Maynooth University Report.

However, of the 17,000 social housing units to be provided next year, 14,000 will be from the private rented sector and come at an additional cost to the tax payer of €379m.

CSO statistics indicate that 16% of Ireland's total housing stock is currently provided by the private sector or more than 320,000 dwellings.

Almost three years have passed since Senator Aideen Hayden expressed concern at the finding of the Threshold survey that revealed an alarming degree of ambiguity on the part of the Local Authorities when it came to inspecting dwellings.  At that time it was the quality of the inspections that were being questioned.  "There appears to be no set standard currently in place and we believe that an NCT certification process is the way to go."

Up to April 2014, the Local Authorities had inspected just over 4,700 dwellings or 1% of the private rented stock servicing the public housing sector.  The vast majority (93%) were non-compliant in some way with the Rental Regulation Standards.

In 2016, 14,000 additional dwellings from the private sector will enter the public housing sector.

Using DHPLG guidelines and regulations, Inspex developed a solution to standardise the inspection process and ensure that all dwellings could be compared against the same standards.  The solution is a major step forwards in the concept of an NCT-style inspection for housing.

It is already possible to ensure that, before any lease is agreed or supplementary payment is made by a Local Authority, an inspection is carried out that ensures the dwelling is compliant with regulations that keep individuals safe in their homes.