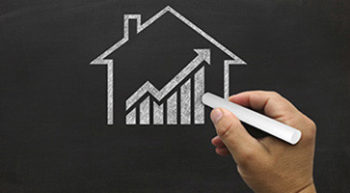 Strong domestic economic activity, rising wages and increased inward migration contributed to rising pressure in the Irish rental market in the third quarter of 2018. The Residential Tenancies Board (RTB) rent index shows that rents grew nationally by 7.5 per cent in the year to Q3 2018, though quarterly comparisons indicate that the intensity of rental inflation was slowing down.

The index shows that rent prices continued their upward trend, albeit at a more moderate pace than previously recorded. Average national rent increased to €1,122 in the third quarter. In Dublin the average rent reached €1,620, an increase of 9.5 per cent (compared to 8.9 per cent in Q2), demonstrating the disproportional strength of and demand in the rental market in the capital compared to the rest of the country. The lowest average standardised rent was €518 in Leitrim, less than a third of the average Dublin rent. The amount of properties generating a rental income of more than €1,500 monthly has also increased, with most of these properties being in Dublin. Only a small portion of properties in the rest of the country were generating similarly high rents.

Rent Pressure Zones (RPZs) have been partly credited with the recent slowdown in the rate of rental inflation as the increase in rents for existing tenancies compared to new tenancies were considerably lower (5.4 per cent and 8.0 per cent respectively, year-on-year). Though it is worth noting that the RPZ rules cap rent increases at 4 per cent every two years (for tenancies which began before the end of December 2016), indicating that a deeper analysis of factors contributing to and locations in which these increases occurred may be required.

71.5 per cent of tenancies in Dublin were for flat / apartment type accommodation in Q3 2018. Property types vary with close to three quarters having two or three bedrooms nationally although a greater proportion of rental properties in Dublin had only one or two bedrooms, perhaps indicative of the abovementioned higher share of flats / apartments being rented in the capital overall.

The duration of agreed tenancies has been increasing steadily since 2007. In the third quarter of last year a quarter of all agreed tenancies were for a term of more than 12 months, something the RTB attributes to the ever-growing importance of the rental sector as a viable tenure of choice.

With the increasing importance of the sector, it is vital to ensure that minimum accommodation standards continue to be promoted, inspected and, in cases of non-compliance, enforced.

The Rent Index is produced by the Residential Tenancies Board (RTB) and the Economic and Social Research Institute (ESRI) quarterly. It is considered an accurate and authoritative rent report on the Private Rented Sector in Ireland as is based on actual data from all new tenancy agreements registered with the RTB nationally.