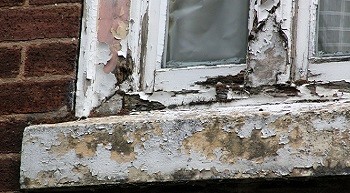 Homeless figures released by the Department of Housing, Planning and Local Government for November 2018 show that in the last week of November a total of 6,157 adults were recorded as homeless in Ireland.  Of those, almost half were accommodated in Private Emergency Accommodation (hotels, B&Bs, etc.), and just over half were accommodated in Supported Temporary Accommodation (such as hostels with ‘onsite support’).

Analysing available alternatives to emergency accommodation for vulnerable tenants reveals that the problem can run deeper than a straightforward supply shortage.

The standard of accommodation in the Private Rented Sector (PRS) remains inconsistent, despite prescriptive standards and regulations having been established. The permanency sought by those who are placed in temporary emergency accommodation could be tainted by the reality of poorly maintained, deficient dwellings neglected by landlords, some of which may remain undetected if not inspected frequently.

The social housing sector in Ireland has been significantly transformed in recent decades.  According to the ESRI “a greater role has been given to the subsidisation of households renting in the private market”, with growth in the use of the PRS for socially-supported housing rising from 28% during the boom years to 33% by 2016.  Successive Irish governments have largely suppressed the traditional, direct provision of social dwellings in favour of new government-backed schemes such as the Housing Assistance Payment (HAP) and Rent Assistance Scheme (RAS), which provide monetary subsidies to social tenants, to assist them in obtaining PRS accommodation. A review of housing support expenditure in 2017 revealed that there was almost €153 million allocated to the Housing Assistance Payment (HAP) and a further €134 million allocated to the Rental Accommodation Scheme (RAS).

Regardless of the current demand and supply mismatch which continue to play out, national and local governments have a responsibility to protect vulnerable tenants.

In 1993 the government issued the first set of minimum standards for rented accommodation nationally which have evolved over time to the latest iteration in 2017, Housing (Standards in Rented Houses) Regulations. These regulations exist with a commitment to highlight non-compliance through periodic inspections of rented dwellings. Ultimately, these measures are to ensure that sub-standard properties are brought in line with regulations, delivering safe and reasonable conditions for all tenants.

Inspex delivers professional, impartial and streamlined PRS inspection services.  From experience, Inspex reveals that private rental accommodation standards can vary greatly.  Quite often landlords are caught unawares when it comes to their regulatory obligations vis-à-vis minimum accommodation standards and their duty to remedy any shortcomings identified in a property.  Things can become more concerning if landlords choose to ignore the regulatory requirements and standards.  In a small number of cases, dwellings inspected by Inspex show squalor-like conditions of Irelands’ historical tenements – damp, mould-ridden and structurally precarious – in the face of which the emergency and temporary accommodation alternative appears almost preferable.

With political preference for the voluntary and private sectors to be the main, if not sole, providers of rental accommodation in Ireland, the growing need for consistent independent inspection regimes throughout the sector becomes ever more apparent.

Despite the sometimes-harsh realities of poor conditions facing vulnerable tenants, perseverance is vital. Local Authorities must persist in their efforts to meet inspection obligations and targets set by the Department of Housing to safeguard the integrity of newly established national ‘social housing’ measures and to enforce on landlords who, in their unwillingness to remediate serious defects, fail to comply.

Landlord ignorance is no excuse and better efforts must be made by many landlords to understand what is required of them and to ensure that compliance is achieved.